The country of Croatia is in southcentral Europe on the Adriatic Sea and it is comprised of numerous islands and islets as well as the mainland. The weather is cool most of the year and while it does get slightly warmer in the summer, it is never as hot as other areas of the world. Those cooler temperatures are what makes it the perfect location for Croatia sailing holidays.

Here are the best attractions to see during Croatia sailing holidays:

This is one of the most popular tourist destinations in the country and it is located in the center of an old town. Medieval defensive walls surround the old town and it was declared a UNESCO world heritage site many years ago. Everyone who is there for the first time during their Croatia sailing holidays will want to walk around to see the multiple fortresses, towers, and cannons. Climbing to the top of the walls is another must, because the views out towards the Adriatic Sea are spectacular.

Diocletian was a Roman Emperor and he had this palace built, so that he had a place to retire to in 305 A.D. The palace has three monumental gates that are on land and a fourth one is only accessible by the water. Two of the most prominent features of the palace include the courtyard and the Cathedral of St. Domnius with an elegant bell tower.

Hvar Town is one of the best destinations for people on Croatia sailing holidays, because it is full of magnificent hotels and restaurants that serve delicious cuisine made with seafood. No vehicles are allowed in this town, so the quiet is very noticeable. Many people find themselves going there to spend time on the beaches, whether they are playing a water sport or sitting in the sun. 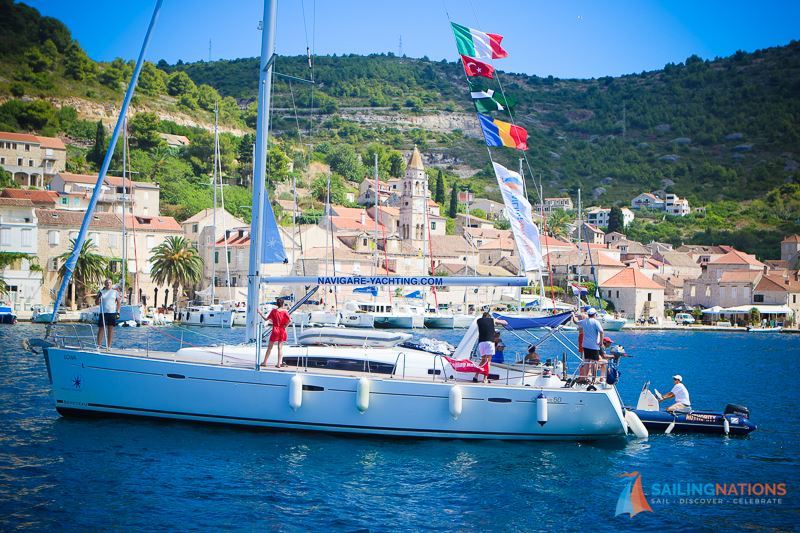 People on Croatia sailing holidays may think that they will be seeing enough water as they are sailing, but they should still consider visiting Plitvice National Park. This park has sixteen lakes that are filled with mesmerizing emerald blue water and they are all somehow connected with massive waterfalls. People will want to wander along the trails as they cross wooden bridges until they reach one of the waterfalls with the water rushing over.